From Skyforge Wiki
Jump to: navigation, search
This article is a stub. You can help Skyforge Wiki by expanding it. 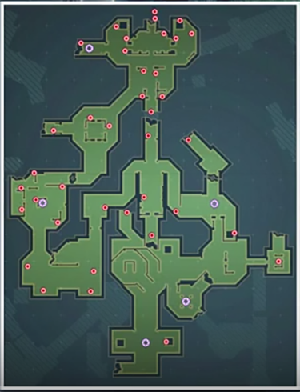 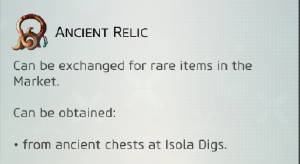 Isola Digs is the secound region that a player can unlock with about 500 prestige. This area is dominated by mechs, bandits and some special creatures. Killing the mechs, recieving datas and/or getting stolen items back from the bandits are only some of the quests that are part of this region.

Like all other regions, with exception of the first one, in Isola Digs there are four diferent questlines that can be followed. Each of it provide another Spark of Evolution as reward in the end. If a player finish all quest lines as special reward he will get particles of mastery that can be used to improve the ranks of weapon/offhand/ringslot.

At some point of following the main quest you will be asked by Flavius to come here and use his scanner on the in Isola Digs located mechs.

Isola Digs also provide one of the rare valuables, the ancient relic. This can be found in severeal areas hidden in big, old stone chests. With this value you can actually get a new rare styling that definitely reminds of the young Indiana Jones.

The map on top also provides some found places of the mentioned chests.